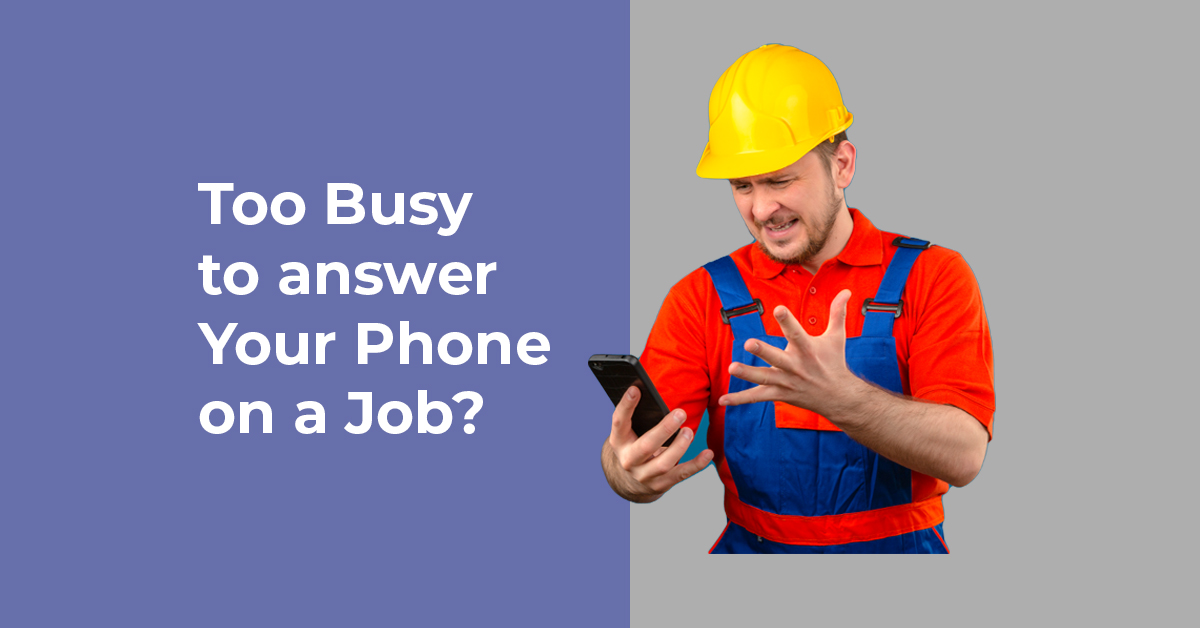 Mrs Jones has finally got round to getting her oven cleaned professionally.  She’s picked up a local magazine and there’s a few advertised so she gets to it.  Dials the first, Jack’s mobile number which goes to voice mail… does she leave a message?  Unlikely.

She dials the second advertiser but because Jason is on a job and can’t pick up it’s answered professionally by an operator who takes her name, number, and postcode. Jason gets a text immediately and knows he needs to get back to Mrs. Jones as soon as possible.

She dials the third, OvenQuick and John answers but he’s on a job and can he call her back?

She says yes, but in the meantime, Jason called back; he is prepared with a date to clean her oven as he knows her postcode.

Mrs Jones is delighted, she books her oven clean.

Unfortunately, OvenQuick does call back an hour later but too late, Jason got the booking. As for Jack, her first call, he calls back dialling Mrs Jones not even knowing if it was a potential customer or someone trying to sell him something …

If only he and Ovenquick invested in a low-cost answering service they’d more certain of getting more bookings from the advertising they’re paying for in the first place!

We’d like to help
your business, too.
Best we talk!